This is Part III of our series.  This paper is presented for the Florida corporation clients of GFP in Florida and other parts of the US and in Europe.

The Florida Business Corporation Act, Chapter 607, Florida Statutes (FBCA) was amended by the Florida Legislature in 2019 (Ch. 2019-90 Laws of Florida) and became effective January 1, 2020.  The FBCA is based on the Model Business Corporation Act of the American Bar Association, as last revised in 2016 (MBCA).  As a result of this legislation, the FBCA was entirely updated and modernized.

In Part I, we explained that a shareholder may be a natural person or a legal entity, and the shareholders are the owners of the corporation and elect the board of directors.

If the shareholders’ agreement provides for the right of first refusal, the secretary or attorney for the corporation should place a legend on the stock certificates to give notice of this restriction.

The timing, frequency and location of shareholder meetings and voting rights under the FBCA, should be addressed in the bylaws of the corporation.

The shareholders are required to meet at least once a year to elect the directors of the corporation and conduct any other business that may come before the meeting.

Further, under the FBCA, the shareholders have the right to vote on fundamental transactions of the corporation, such as the sale of all, or substantially all, of its assets or a merger of the corporation with another company.

As to voting, we present the general rules (which may be varied by the articles of incorporation or bylaws of the corporation).  Each shareholder is entitled to one vote for each share owned by the shareholder.  A vote may be taken if a quorum (typically a majority) of the outstanding shares entitled to vote are present.  Given a quorum, the vote or action (other than for the election of directors) is approved if it receives the majority of the votes cast.  Unless otherwise provided, the directors are elected by a plurality of the votes cast.  If there is more than 2 candidates for one director’s seat, the candidate who receives the most votes for that seat has a plurality.

Meetings of the directors may be held in or outside the State of Florida.

The meetings of the directors may be held by means of a conference telephone call or similar electronic equipment if all directors participating in the meeting can hear each other.

The shareholders own the corporation.  It is the directors who manage its business and thus, there are standards of conduct governing the directors.

Under the FBCA, a director’s standard of conduct is good faith; and reasonable belief that the action is in the best interest of the corporation.  This is, for example, in contrast to self interest of the director(s).

The directors must discharge their duties with the care and oversight that an ordinary prudent person in a similar position would deem appropriate.

These matters will be clarified or developed further by case law which is beyond the scope of this blog.

The officers are the face of the corporation and thus, care should be taken by the directors in selecting the officers.

The same natural person may be a shareholder, a director, and an officer of the corporation.

All of the above, is our effort to simply provide our readers with a general overview of the subject matter.

If you have any questions about the FBCA or formation of a Florida corporation, please contact David G. Budd and Charles C. Whittington at 239-514-1000. 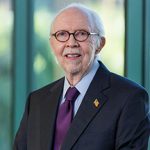 David Budd is a shareholder of Grant Fridkin Pearson, P.A. He has practiced law in Southwest Florida since 1981 and has an AV rating from Martindale-Hubbell. Prior to moving to Naples, David served as a trial attorney in the Antitrust Division of the United States Department of Justice, as Chief of the Antitrust Section in the Office of the Ohio Attorney General, as a partner and head corporate attorney in an Ohio law firm, and as in-house or general counsel to Florida corporations engaged in manufacturing and mining. In addition to business and real estate, David has experience in estate planning & administration, and litigation. 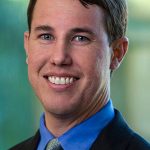 Charles Whittington is a shareholder with Grant Fridkin Pearson, P.A. and has practiced in Southwest Florida since 2011. Charles is a member of the Firm’s Real Estate and Business law practice groups and focuses his practice on commercial and residential real estate transactions and business transactions and relationships. He also represents financial institutions and borrowers in all aspects of business and real estate financing.