General Contractor Duties to Safeguard Subcontractors and their Employees

Florida courts have consistently held that general contractors have a duty to subcontractors, as business invitees (1) to use reasonable care in maintaining property in a reasonably safe condition, and (2) to warn of dangers that are unknown to the invitee and cannot be discovered by the invitee through the exercise of reasonable care. Tallent v. Pilot Travel Ctrs., LLC, 137 So.3d 616, 617 (Fla. 2d DCA 2014). The 2nd District Court of Appeals of Florida published an opinion on January 15, 2021 detailing further nuances to Florida law that may have lasting effects on a general contractor’s duty to safeguard subcontractors and avoid negligence liability. This opinion is set forth in Pratus v. Marzucco’s Construction & Coatings, Inc., 2021 WL 140563 (Fla. 2d DCA 2021).

The January 2021 opinion in Pratus is a denial of the general contractor’s motion for summary judgment. While this case has not come to a full resolution, the opinion has ramifications for general contractors.

Looking to the reasoning of the opinion offers some guidance on Florida law. Even though the court held that the drain itself was deemed “indisputably obvious,” the court held that whether the drain’s dangerous condition was obvious or not was a question of fact precluding summary judgment. Under this opinion, even though an open drain is in plain sight, and its existence is obvious, whether the drain is obviously dangerous is a separate question of fact, which means a negligence case based on a dangerous working condition could go all the way to a jury trial.

The Pratus case is a useful illustration of the duties Florida law imposes on general contractors to safeguard subcontractors and their employees, including foreseeing circumstances that may combine to create dangerous conditions and remedying and warning subcontractors and their employees about the same. There is ultimately no telling what happens in the Pratus case, but general contractors would be wise to learn from it and stay aware of ongoing developments in Florida law. 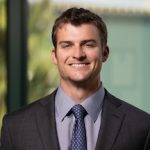 Alec Pearson is an associate with the firm. He joined the firm in October of 2020 and began his practice after being sworn in on November 30, 2020 by Judge Hugh Hayes of the 20th Judicial Circuit of Collier County. Alec will be gaining experience with the firm’s business, real estate, trusts & estates, and litigation law groups.

This author does not have any more posts. 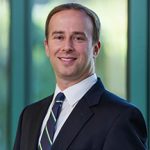 Michael Traficante is a shareholder of Grant Fridkin Pearson, P.A. He has practiced law in Southwest Florida since 2006 and has an AV rating from Martindale-Hubbell. Michael’s practice is concentrated in complex commercial and civil litigation involving real property, business, construction, wills/trusts, and commercial issues.